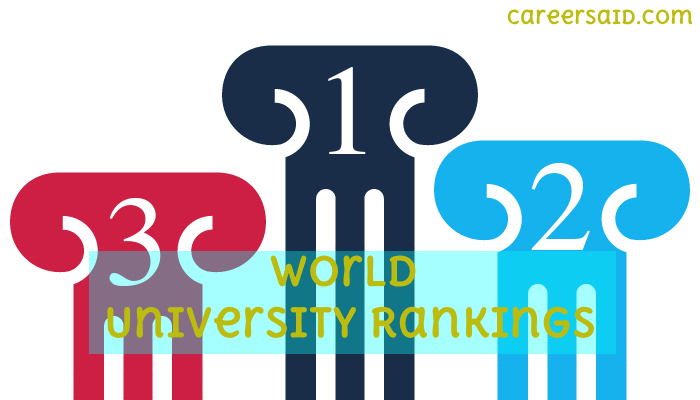 The world university rankings are given by reputed institutions such as Times Higher Education. There are different factors considered when the world rankings are given to universities including teaching, knowledge transfer, international outlook, and research. The experts use different performance indicators to provide comprehensive and proper comparisons. Hence, the credibility of the rankings is trusted by all stakeholders including students, universities, governments and other stakeholders.

In fact, Chinese universities have shown a huge rise and these are also ranked above in the list. This shows that Asia is also boosting its higher education systems and welcoming students from foreign countries to pursue their education. This It also reflects this by the results in recent years. So, now you are clear about the world university rankings of 2019.

However, always consider it as crucial criteria when making the decision to choose the university for yourself. As stated above, some other factors considered by the students are as follows.

These are factors you should consider when making the decision for the right university. It is vital to pick the university which has a course meeting your interests and also provide you with a huge scope.

To conclude, Times Higher Education publishes world university rankings 2019. You should definitely consider these rankings when making the decision for your university.